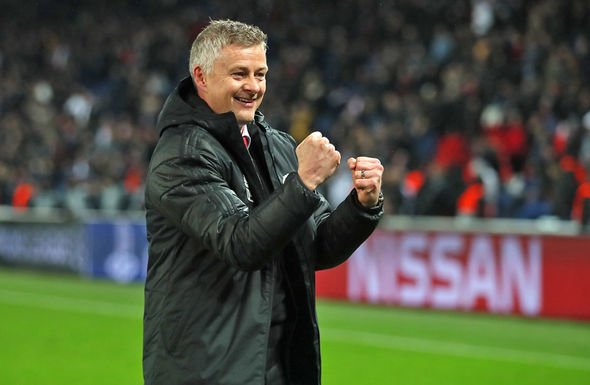 Speaking after United’s win at the Bridge, Ole praised the energy and tenacity of the Spaniard, who was tasked with the role of making interceptions in the second period where Nemanja Matic was on a yellow card, he said: "His energy and tenaciousness is vital for us. And that's why he plays, more or less, every single game. He has loads of energy, he can cover the right hand side, he runs forward. Tonight you can't just praise one, it's 11 players, plus the subs, but Ander has done fantastic."

Manchester United striker Romelu Lukaku has revealed that Paul Pogba is clearly happy in the training ground when compared to earlier in the season. The France international was in-and-out of the starting lineup when Jose Mourinho was at the helm of things and there had been a point where he was linked with a potential departure after a bust-up with the manager.

However, things have since moved smoothly with the Portuguese being dismissed from the head coach position and Ole Gunnar Solskjaer has brought the best out of his abilities. Speaking about the same, Lukaku told Canal Football club: "At training we are constantly saying Paul looks so happy and then he laughs. Everyone is more positive. Everyone is smiling more. And now we have to continue like this. And enjoy.

Spain international Ander Herrera has indicated that Manchester United are not thinking about the top four yet despite accumulating four straight Premier League wins on the bounce. The Red Devils appeared to be distancing themselves from the top four during the midway stage of December but the club’s decision to part ways with Jose Mourinho has paid dividends with them going on a four-match winning streak.

Speaking to Press Association, Herrera highlighted the improvement made in terms of the points to the top four while insisting that the team are not looking too far into the future, he said: “When I saw we were maybe 12 points behind, I decided not to think about it, go game-by-game and that’s what we did. That’s what I did at least, and things are going well, so I don’t want to change. I am not going to think about that.

Brazilian midfielder Andreas Pereira has revealed his ambition of earning regular gametime with Manchester United after featuring during their recent 2-1 Champions League defeat at Valencia. The 22-year-old has endured a tough season under Jose Mourinho where he has been left out of the matchday squad on numerous occasions but he managed to earn a rare opportunity against Los Che in midweek.

Speaking after the game, Pereira said that he is hungry for more chances from the starting XI despite not producing the best of performances at the Mestalla, he told MUTV: “I'm hungry for more. I'm trying to do my best, to keep being involved in and out, each and every week. It was good for me to be involved, to get some minutes. It was difficult at the start because of the match rhythm, but I did my best. It was, unluckily, not our night tonight [Wednesday]. [I was] a little bit rusty but, after a few minutes,
it went better and better. I think each game would get better and better.” 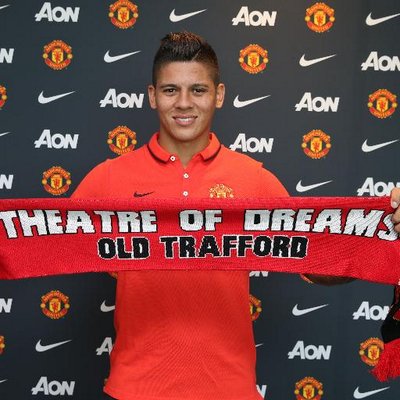 Manchester United manager Jose Mourinho has spoken about the struggles experienced by Alexis Sanchez since joining the Red Devils at the start of 2018. The Chile international could not make a meaningful impact during the backend of the previous campaign as he struggled to adapt to the club’s style of play, but he showed signs of overcoming the difficulty during the pre-season tour of the United States.

However, with the 2018/19 season having begun, Sanchez has once more gone through the same trend and speaking to Sky Sports News, Mourinho has suggested that injuries have somewhat hampered the Chilean’s progress with the club, he said: “He arrived January, in the first period of the season for him. I don’t think is ever an easy situation for a player but this season he had a good start a good pre-season, he started well against Leicester, and then he was injured. Then he came back and was injured again and he is the kind of player that needs to be really sharp.”

Derby County manager Frank Lampard has admitted that he is pleased about Jose Mourinho guiding Manchester United to a much-needed triumph over Newcastle United and he is hopeful that the players can produce a similar performance on a weekly basis. The Portuguese tactician had come under fire after United went winless for four matches on the bounce but they came back in style with a dramatic 3-2 comeback triumph after being 2-0 down at one stage.

Speaking in a news conference, Lampard was personally content with Mourinho ending United’s lean patch and believes the players must stand up for the head coach in the forthcoming games, he said: “For Jose Mourinho, being a manager myself now, I know how tough it is when things aren’t quite going right. (The result against Newcastle) was a massive win, which I was personally very happy with for him, and now it’s down to the players. The players have to perform at the level they did in the second half against Newcastle every week.”

Former England manager Sam Allardyce has been critical of midfielder Paul Pogba after he failed to show up during Manchester United’s shock 3-0 home defeat at the hands of Tottenham Hotspur. The France international started the campaign with a man of the match showing versus Leicester City but he has since looked off-peak with his performance.

Speaking on TalkSPORT, Allardyce was defensive of under-fire manager Jose Mourinho and suggested that United were the dominant side despite the result. However, he did not have any sympathy for Pogba, who struggled to gain control over the likes of Mousa Dembele and Eric Dier in the centre of the park.

Manchester United manager Jose Mourinho has confirmed that goalkeeper Joel Pereira will be sent out on loan for the 2018/19 campaign. The Portuguese footballer has barely featured for the Red Devils being their third-choice goalkeeper and Mourinho has now indicated that the shot-stopper would be loaned out with Lee Grant coming in to take up his position.

Speaking in a press conference in Los Angeles, he said: “We did Lee Grant because we have a fantastic young goalkeeper (Joel Pereira) who needs to play football. Joel is a Manchester United goalkeeper but, two years without football, he has to play. And to protect that position we got Lee with experience in Championship and Stoke City in the Premier League, so he is ready to fulfil that position. Joel is here with us. It’s good for him to play but then he will go on loan.”