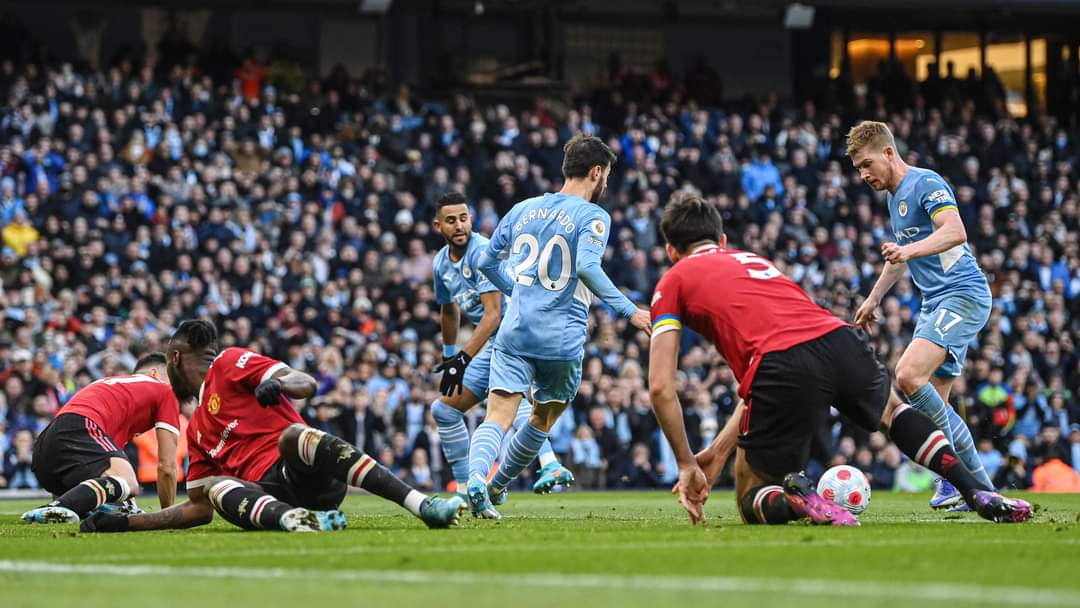 Their last defeat before the City game was the 1-0 home loss to Wolves thanks to the second half strike from veteran Portuguese midfielder Joao Moutinho.

The Ralf Rangnick-led Manchester United team ran hosts Manchester City close in the first half before they collapsed in the second half on the way to a convincing defeat.
Manchester United were behind inside the first five minutes thanks to the goal from Kevin De Bruyne off the assist from Portuguese player Bernardo Silva. The setback of conceding the first goal didn't stop Manchester United from taking the game to Manchester City via counterattack and they were rewarded with the equaliseron 22 minutes when Paul Pogba released England international Jadon Sancho on the left side of the United attack before he cut inside to produce a curling shot that found its way into the back of the net.
Manchester City playmaker Kevin De Bruyne proved to be a thorn in the flesh of Manchester United throughout the game and he restored the lead for his team six minutes after the United equaliser. The Belgian star capitalised on the pandemonium in the Manchester United box after an overhead pass from Aaron Wan-Bissaka was intercepted to score the second City goal.
In the second half, De Bruyne provided the third goal for RiyadMahrezat the midway point before he wrapped up the win with his brace in stoppage time.