Manchester United will be without two of their most important players for the visit of city rivals Manchester City in the Premier League this weekend. The Red Devils have to navigate the Manchester Derby encounter with the holders without the French duo of Raphael Varane and Paul Pogba. 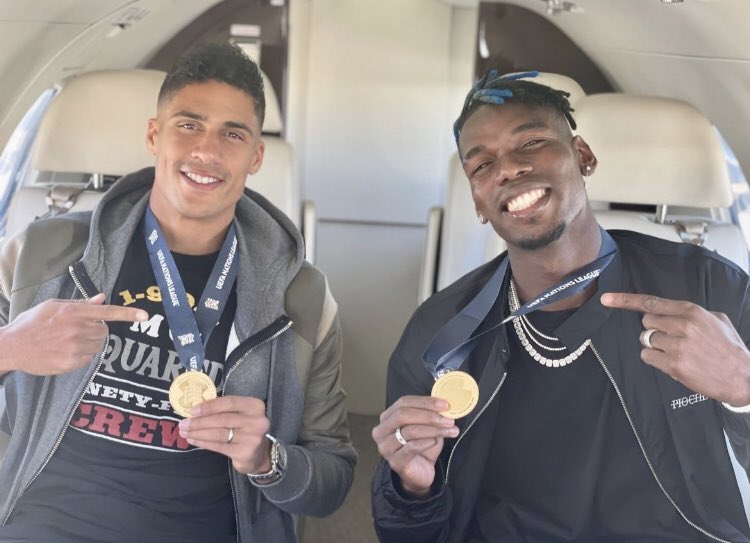 Varane is in his first season at Manchester United on the back of his big move from Spanish side Real Madrid and he has had his fair share of injuries in his short time at Old Trafford. He missed a few games after the October international break due to the injury sustained while he was with the French national team. Varanewas absent for the league defeats to Leicester City and Liverpool plus the Champions League win over Atalanta. The ex-Lens centre back made his return from the aforementioned injury picked up on UEFA Nations League duty with France last weekend during the Premier League victory over North London giants Tottenham Hotspur.

Manchester United conceded nine goals in the two league games against Leicester City and Liverpool without Varane. However, they were able to keep a clean sheet at Spurs upon his return from injury. The Frenchman was at the centre of a five-man defenceduring the 3-0 win over Spurs.

Varane sustained his latest injury during his second game back from the penultimate injury against hosts Atalanta on the Champions League scene. He went off in the first half of the game which ended with the two teams sharing a four-goal thriller equally.

Apart from Varane, compatriot Pogba will also miss the Manchester Derby due to suspension. He's on a three-match suspension for the red card received after coming on as a substitute during the Liverpool game. He was sent off for a foul on Guinean midfielder Naby Keita around the hour mark having been an half-time substitute for Mason Greenwood.