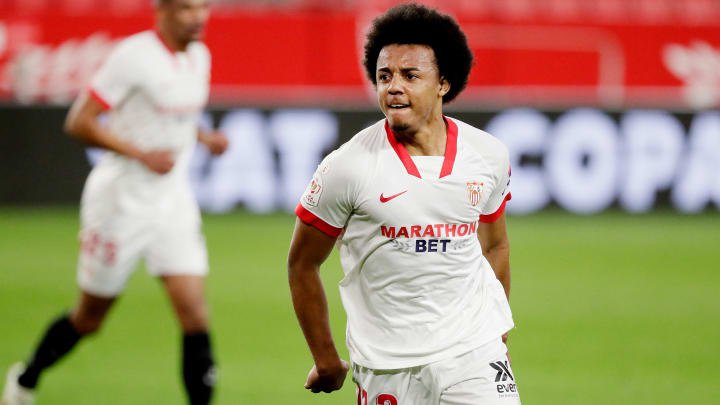 The Red Devils have conceded 32 goals in 25 league outings in comparison to leaders Manchester City. A strong defensive record has been the reason for the Citizens’ rise to the Premier League summit. Manchester City have conceded 15 goals in 25 league games. Manchester United are keen to address their poor defensive record this season by signing a marquee signing in the summer. To this effect, they have four options.

It was reported that Manchester United had a scout in attendance to watch Jules Kounde in action for Sevilla during the 3-2 loss at home to German Bundesliga giants Borussia Dortmund last week. Jules Kounde, 22, has a release clause of €80m in his Sevilla contract and Manchester United will have to pay the full fee. Manchester City had a €55m fee turned down by Sevilla last summer.

RB Leipzig are unlikely to sell IbrahimaKonate this summer after they sold DayotUpamecano to German Bundesliga rivals Bayern Munich . For Tyrone Mings, Aston Villa are in a strong position not to sell as they showed in the pursuit of club skipper Jack Grealish. This leaves Nikola Milenkovic of Fiorentina as the most likely option for Manchester United.