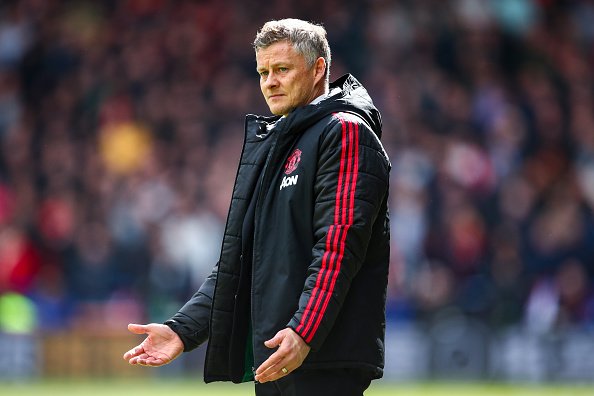 In the build-up for the Boxing Day madness, they are going to play Colchester United in the EFL Cup, while the next four rounds in the Premier League will see them at away grounds three times. On the wings of the recent victory against Manchester City at Etihad Stadium, the Red Devils could continue their good run and a pursuit for the top four on the table. You will be able to find all the latest betting tips and analysis on Manchester United games on Bettingtips4you.com.

While we are speaking about runs, one of them particularly stands out. The latest game was the 4.000th consecutive match in which Manchester United has fielded a player from their youth setup. This streak has been started by Sir Matt Busby and has been active for 82 years. 279 different players who made their first football steps at Manchester United were involved in those 4.000 matches. This is something to be proud of and hopefully, the red Devils are going to continue this great tradition.

On Monday’s draw for the Europa League First Knockout round, Manchester United got the first opponent. It is currently the best Belgian side, Club Brugge, who secured the 3rd spot in the Champions League group along with PSG, Real Madrid, and Galatasaray. Although the Belgians didn’t book a win in six rounds of the group stage, they are one of the trickiest opponents from the unseeded pot on the draw. They are eight points clear from the nearest rivals in the Belgian First Division A, and they definitely shouldn’t be taken lightly.

Speaking about Man Utd’s chances of lifting the Europa League trophy, which can secure them the Champions League spot regardless of their final position in the Premier League, the bookies see the Red Devils as top contenders. The price of 11/2 is offered by most of the bookmakers, while their main rivals should be Inter, Arsenal, Sevilla, and Ajax. The Red Devils completed the group stage by finishing as the top placed team in their group ahead of AZ Alkmaar, Partizan, and Astana.

However, to accomplish the main goal of this season, and that is a comeback to the Champions League, Manchester United needs to invest in their squad as well. A busy transfer window is expected this January as Ole Gunnar Solskjaer should have a significant amount of money to spend.

But, let’s first check some names on the list for departure from Old Trafford. It is reported that Inter is interested in signing Nemanja Matic, who had some injury troubles lately. Matic has been fielded for the first time in the past two months in United’s closing match of the Europa League group stage when the Red Devils celebrated a 4:0 victory against AZ Alkmaar. Matic could be the third player to leave Man Utd and join the Neroazzuri after Romelu Lukaku and Alexis Sanchez joined Italian giants last summer. Inter’s head coach Antonio Conte feels he needs more depth in the middle of the park and Nemanja Matic is marked as a top target. Serbian international has 18 months left on his current deal at the club and he is currently someone who could be replaced in Solskjaer’s team.

Paul Pogba’s status is still not clear as he had been linked with Real Madrid last summer, but the deal hasn’t been made. However, it might happen this January as Zinedine Zidane’s side needs a player of Pogba’s profile, while the player himself wouldn’t advocate against the move. As an integral part of the team, Pogba would be a great addition to Real Madrid’s squad, especially after they got Manchester City as the opponent in the Champions League eight finals. The title battle in La Liga is heating up and the Spanish side is expected to challenge all trophies. With these two potential transfers, Solskjaer might get even more money to spend and his notebook is full of interesting names.

Due to the lack of depth in the midfield and attacking line, there are quite a few players on Manchester United’s radar. Spanish international and Atletico Madrid star, Saul Niguez is targeted for an £85m move to Old Trafford. Although Saul has a £125m release clause, Diego Simeone would consider letting him go if the player wants to make this transfer. He can cover a lot of roles as a central midfielder beside his natural box-to-box role. He could add a lot of quality and required depth in the central midfield, especially if Pogba leaves the club.

Other names that are frequently mentioned in the context of next Man Utd signings are Lautaro Martinez and Erling Haaland. Inter and Manchester United could extend their business to the Argentine international as well and he would be the first player to move in this direction. Since Romelu Lukaku left this summer, the Red Devils didn’t have enough time to sing a proper replacement and Lautaro is considered to be a player who can bring extra quality to the final third. Erling Haaland is a 19-year-old striker who exploded this season with 28 goals in 22 matches in all competitions.

He managed to score 8 times in the Champions League and this young Norwegian could be the star of the transfer window. We shall see what will be the outcome of the winter football market when it comes to Manchester United.