€70M NOT ENOUGH FOR SANCHO – JOURNALIST 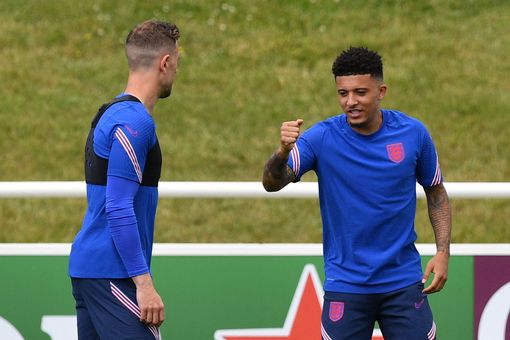 Reports had claimed that Manchester United offered a first bid of €70m for Sancho this summer. Italian journalist Romano said the first bid won't be enough to sign the Three Lions of England player. The Italian journalist further said that negotiations with Borussia Dortmund player Sancho will continue for the Red Devils in the coming days.

Manchester United are said to be working on reaching the €95m asking price from Dortmund for Sancho and that talks over bonus details and payment structure must be agreed with the German Bundesliga outfit before the Red Devils can sign their transfer target. Personal terms have already been agreed between Manchester United and Sancho since last summer but the major problem has always been the transfer fee.

Dortmund slammed a €120m asking price on Sancho last summer before the German club lowered their valuation of the England international to the abovementioned €95m for this summer.

Sancho is presently with the England squad for the ongoing Euro 2020. He was left out of the 23-man England squad for the opening game against Croatia at the Wembley Stadium on Sunday. In his absence, Manchester City star Raheem Sterling scored to give the Three Lions a fantastic start to the tournament via a 1-0 win over the Croatians in their Group D clash.